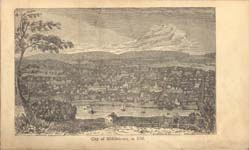 When Middletown’s Cross Street A.M.E. Zion Church was founded, slavery was still legal in Connecticut. In 1820, 97 slaves and 7,844 free people of color lived in the state. According to the 1830 census, Middletown’s population was 6,892. Of these residents, 209 were people of color, all of them free. Freedom, however, did not automatically bring basic rights. Education and voting rights were hard to come by in Connecticut in the early 19th century. 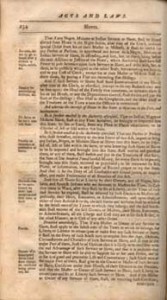 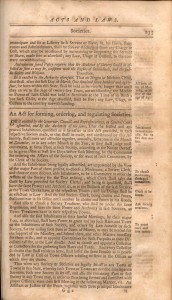 Middletown’s earliest group of settlers was all white. But as early as 1661, black slaves from Barbados have been documented living in Middletown. By the mid 1700s, Middletown was Connecticut’s largest city, and over 200 slaves lived here. At least two slave dealers had offices in Middletown in the 1770s. The 1790 census documents 167 African-Americans in Middletown, 110 of whom were slaves, and 57 of whom were free. A series of laws offered freedom to limited numbers of black people. A 1792 law freed all Connecticut slaves between the ages of 25 and 45, and a 1797 law held that no person of color born after August 1797 would remain enslaved after the age of 21. Although there were no more slaves in Middletown by 1830, slavery was not fully abolished in the state until 1848.