The African Methodist Episcopal Zion Church began in New York City in 1796. Just as, several decades earlier, John Wesley founded the Methodist Church in England in an attempt to remake the Church of England from within, the A.M.E. Zion Church grew out of a spirit of reform. Despite Wesley’s deep opposition to slavery and his championing of poor and mistreated people, both white and black, not all of his followers remained true to his ideals. Although black people had been accepted as worshippers in the Methodist tradition since it was first brought to America by Wesley and his brother Charles in the 1730s, black Methodists were often poorly treated by their white brethren. The church, by then known as the Methodist Episcopal Church, granted preaching licenses to a few black men, but they were rarely allowed to preach, even to other black members of the church. Preaching to white Methodists was out of the question. These black preachers were not allowed to join the Methodist Conference, the church’s decision-making body. In many Methodist churches, black worshippers were segregated from white members and were forced to sit in the church gallery rather than in the main area of worship. Burial rights for black Methodists were also at issue.

In the late 18th century, two distinct groups of black Methodists, one in Philadelphia, and one in New York City, formed their own churches. Both groups initially took the name African Methodist Episcopal Church. The African Methodist Episcopal Zion Church had its origin in New York, under the leadership of James Varick, Abraham Thompson, June Scott, William Miller, and several other black men who worshipped at the John Street Church. Most of the leaders of this first A.M.E. Zion church were free men, but slavery was still legal in New York, and many church members were slaves.

From its earliest beginnings, the A.M.E. Zion Church has been known for its spirit of reform and activism. In the 19th century, the church was in the forefront of the antislavery movement. Several of the best-known black abolitionists, including Frederick Douglass, Harriet Tubman, and Sojourner Truth, joined the A.M.E. Zion Church. 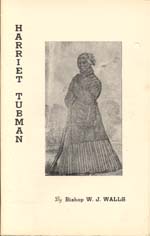 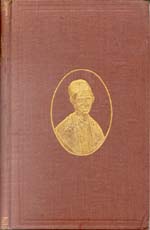