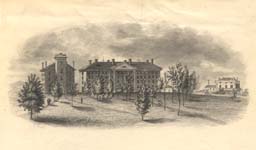 Despite their proximity, relations between Wesleyan and Cross Street Church were not always neighborly. The dedication of some prominent members of the Wesleyan community to the colonization movement was not the only point of contention. Amos Beman, the second son of Jehiel and Fanny Beman, aspired to a college education. But in 1833, black students were not welcome at Wesleyan.

Charles B. Ray, who later became an activist clergyman and the editor of The Colored American, was the first black student to enroll at Wesleyan, in the fall of 1832. Ray was poorly treated by white students, and he left after less than two months. In reaction to this experience, Wesleyan’s Joint Board of Trustees and Visitors passed a resolution on October 10, 1832 “that none but white male persons shall be admitted as students of this institution.” The resolution was in force when Amos Beman wanted to study at Wesleyan.

Despite the strength of the anti-slavery movement and the underground railroad in Connecticut, black people were often denied an education. In 1831, Prudence Crandall had opened her school in Canterbury to African-American girls, to the outrage of some of her neighbors. Jehiel Beman worked to recruit students for the school. But as a result of the violent protests against it, the Connecticut Assembly enacted a law in 1833 prohibiting out-of-state black people from being educated in Connecticut. This law remained on the books until 1838.

Samuel P. Dole, a dedicated abolitionist student and a member of the Wesleyan Class of 1837, tutored Amos Beman three times a week in Dole’s room in North College. Samuel Dole had come to Wesleyan from Wilbraham, Massachusetts, where he was already active in the anti-slavery movement. Writing to President Fisk before he enrolled at Wesleyan, he expressed his dismay over Wesleyan’s treatment of Charles Ray. What or whether Willbur Fisk wrote back is not known. Samuel Dole was to be displeased again. After six months of study, Amos Beman received a threatening letter from a group of Wesleyan students. Willbur Fisk was away at the time. Although the letter was shown by Samuel Dole to members of the Wesleyan faculty, nothing was done, and Amos Beman left Middletown. The “Twelve of Us” who wrote the letter were a small but vocal minority of the seventy students then enrolled at Wesleyan. The University was condemned by William Lloyd Garrison, a wide range of abolitionist societies, and many New England Methodists. The resolution against black students at Wesleyan was rescinded on August 25, 1835, too late for Amos Beman. No black students enrolled at Wesleyan for nearly two decades. The first black student to graduate from Wesleyan was Wilbur Fisk Burns, Class of 1860, the son of the Liberian Methodist bishop. The first African-American student to graduate was Thomas F. Barnswell, Class of 1862. 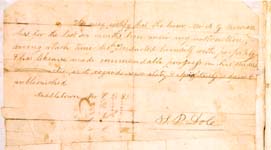 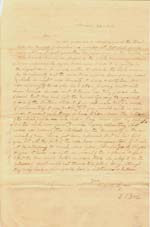 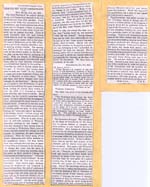 Letter to Amos Beman, signed “Twelve of Us,” 1833, reprinted in Amos Beman. “From our New Haven Correspondent,” in Frederick Douglass’ Paper, Oct. 3, 1854. Photoreproduction from Amos Beman Scrapbooks, Beinecke Library, Yale University. Here Amos Beman writes about the state convention of colored men held in Middletown, and about his earlier mistreatment at Wesleyan. 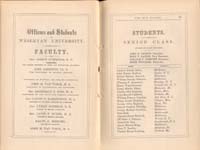 After his mistreatment at Wesleyan, Amos Beman left for Hartford, where he taught school. He later moved to New Haven, where he had a long and distinguished career as the pastor of the African Congregational Church. Like his father, Amos Beman devoted his life to anti-slavery and temperance activism. His scrapbooks, which are housed at the Beinecke Library at Yale University, attest to his lifelong devotion to the cause of education and voting rights for African Americans.

Amos Beman. “Letter from Middletown, Sept. 30, 1868.” Photoreproduction from Amos Beman Scrapbooks, Beinecke Library, Yale University. Amos Beman writes about the state of education for African Americans in Middletown, about a recent visit to black students at Wesleyan, and about the Cross Street Church. 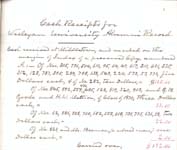 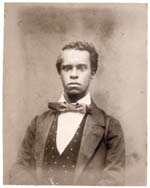 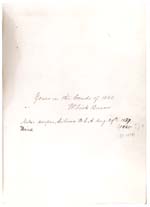 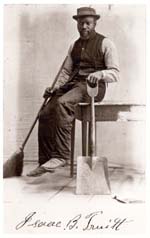